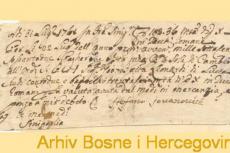 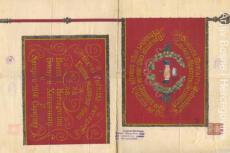 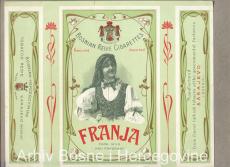 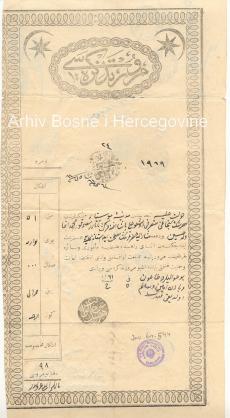 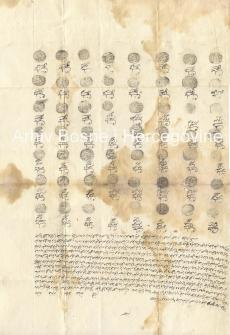 Establishing and activity of the Archives of Bosnia-Herzegovina

Regulation came into force on December 12, 1947. In accordance with its provisions, Archives of Bosnia-Herzegovina collect, arrange and preserve archives and enable use of them. All administrative corporate bodies were obliged to transfer their archives created before year 1918. They were obliged to deliver lists of archives that they possess, and to inform Archives about all changes on records.

On January 30, 1948, Popović was appointed as director, and Archives officially started with activity on February 2, 1948.

At the moment of establishment of Archives of B.H., archives and records in country were in physically danger. So, primary task of institution was collecting, in same time intervention in direction on salvation of archives, and that is priority task for longer period of time. Archives demanded preservation of archives and realisation regulations of keeping of records. Archives had take over a lot of fonds from agencies. This activity Archives has done on whole territory of Bosnia-Herzegovina, because the first really archival net was established in 1953. and 1954, with establishing of five new Archives (in 1953. in Banja Luka, in 1954. in Doboj, Mostar, Travnik and Tuzla).

The activity of physical salvation of lot of archives and their transfer to repositories in first period were main Archives' jobs. In first period, Archives had just one repository. The second main problem which appeares in Archives' activity, is lack of professional stuff. That situation was significant influenced on Archives' results.

On other side, in that conditions of activity, for a long time was missed archival professional procession of archives, and also another archival activities: making of finding aids, conservation and restauration, publishing of archival sources. With arrangement and procession as main tasks in Archives, another activities, at first time marginalized, started in recent time.

Bad condition of fonds, with less number of repositories (humidity, dust, physicall damages) additionally actualized significance of restauration and conservation of archives. In 1956. Archives got first materials, also a impregnator; and also there where a microfilming aparature to dispose, which was got a year before.

In 1956. was started a project of Fontes for studying political, cultural and social-economic relations in Bosnia (19. and 20. century) [Građa za proučavanje političkih, kulturnih i socijalno-ekonomskih odnosa iz prošlosti BiH (XIX i XX vijek)], the project of edition of publishing of archives. Very soon the question of professional bulletin was moved, so Archives took a part in edition of Glasnik arhiva i Društva arhivskih radnika.

1956. Archives also worked in organisation of first «Week of Archives», from 16. to 30. September. For a long period, that was the most appropriate manifestation for wider action on cultural field of activity.

1956. Archives took part in organisation of Week of Archives, (16-30 September), the most convenient manifestation for wider action on cultural and schollarly area.

Bigger development started in March 1962, when Archives' Act, one of the most important archival acts in Bosnia-Herzegovina, came into force. By provisions of this act, archives were protected regardless who ownes them, is it registered, and on same way act protected current records, that regularly being selected and disposed.

Demanding obligation of archival service on whole territory of the Republic, provisions of act provided Republic Archives and regional archives. It has been determinated complex caracter of archival institutions as administrative, professional, scientific and cultural-scholarly institutions.

With new Archives' Act from 1965. archival service had significant progress. In provisions of this Act, as archives, first time strictly was pointed film materials; Act also defined current records, determinated the periods of transfer of records to Archives (at least 5, and the most 30 years after creation); it has been strictly said that archives are cultural heritage.

In further period, Archives of B.H. achieved significant results in arrangement and procession of archival fonds. To 1968. in this Archives were near 80% of non-arranged fonds, in 1991. about 59% archival fonds and collections there were finding aids.

In the end od 1970's and in the beginning 1980's Archives widened activities on preservation and procession of film archives. Although the film records became archival by provisions of Archives Act from 1965, just by provisions of Films Act from 1978. it has been determinated keeping film archives of Bosnia-Herzegovina in Archives of B.H. At the beginning, there were 600 titles in film fond. In the further period, good results were achieved in collection of materials (near 250 boxes of documents, 200 screenplay books, 150 placates, 7000 photos etc), what was noticed with exhibition «35 years of cinematography in Bosnia-Herzegovina», presented on film festival in Pula (Croatia) too.